With the recent opening of New York Fashion Week and seeing waif-thin models walk down the runway, this has stirred a lot of comments about skinny models promoting negative body images to young girls. This issue has been around for years. In fact, it’s not uncommon for us to hear models suffer from anorexia or bulimia. Just this April, an ex-Vogue editor Kristie Clements wrote a tell-all book exposing the dark side of modeling industry wherein models who, in order to maintain a “Paris-thin” figure, had to eat tissue paper.

In the recent years, the fashion industry has taken some steps in trying to curb this image and create a healthier industry for these models. For example, Israel–home of international model Bar Rafaeli–has taken an initiative to create a law stipulating that fashion and commercial models should have a body-mass index (BMI) of at least 18.5 for them to be able to book jobs. But I personally don’t think this is the ultimate solution.

They say that these stick-figured models are setting a bad example to young girls. Yet, have you ever thought of the fact that these girls are actually forced to be that way in order to be successful in the industry where “size 2 is the new 4 and size 0 is the new 2?”

Anyway, here’s my personal experience about this “skinny girl” issue.

I grew up along with four sisters who have bigger frames than I do. All my life, my grandmother would always feed me more than the rest of my siblings–in the hopes of making me gain some weight. And yes, I would eat a whole lot, but I never seem to gain a pound. This has caused me to be judged negatively by people.

I think some people has this “hate-at-first-sight” issue with skinny girls. Before, I have been judged of having an eating disorder. Sometimes people can more creative. I remember one time, my mom talked to me and told me that our relatives are becoming “concerned about my health” as I looked thin and they thought I was actually into drugs and all that.

I, for one, have always been underweight. For a girl my age–and my height–in order to fall under the “normal BMI,” I would have to be 110lbs. Yet, my normal average weight falls only between the range of 98lbs and 100lbs–being underweight is my normal. I guess my pin-thin frame has landed me into some modest modeling opporunities when I was younger. In 2002, I remember getting excited for my first ramp event where I had to wear a dress from a famous local designer. During the fitting, I remember my co-model having a dilemma of not fitting to some of the clothes. I thought it was mortifying. I really took the stunt seriously so I pushed myself more and even did a little diet despite my already-thin frame. At that time, as a 16 year old young girl, all I thought was that I should be able to fit into whatever clothes that they’d make me wear.

The thought of not being able to fit into the clothes to be given to me remained daunting through the years. So everytime I’d have an event or a photoshoot, I’d do some strict dieting 3-5 days prior the event or shoot by eating just one full meal a day. I know it’s not healthy, but that’s how I did it.

For professional models, I know they can take it to a much more extreme level. And why do models resort to these kinds of extreme behaviour? I guess it’s because of the same reasons I had every time I decide to eat one meal a day: the fear of being embarrassed during a fitting or show. But then again, for these professional models, wherein being thin is their bread and butter, not being able to book a job because of being an inch or two wider can be devastating. 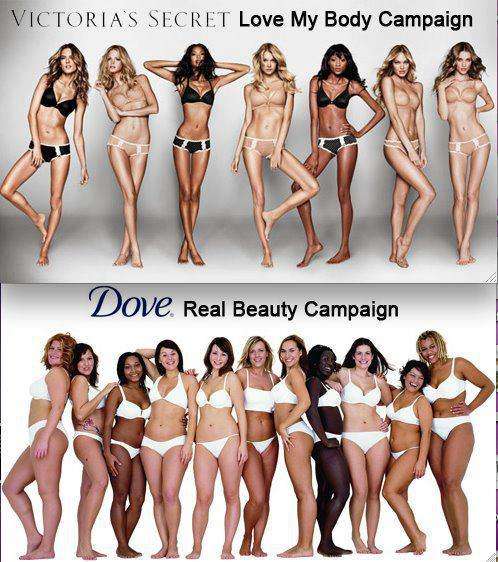 On the flipside, the society has now accepted the presence of plus-sized models, who effectively serve as an inspiration to curvy women and make them feel socially acceptable. However, I sometimes think that the prevalence of these plus-sized models is creating a negative impact to women by giving them an excuse that being fat is actually fine and healthy.

I noticed that these full-figured women would always have this banner of “embrace your curves” or “real woman have curves” waving right up their heads to mask their insecurities. They have this self-entitled feeling that the world is on their shoulders and that they’re just misunderstood for eating their feelings away. Then they shun people away and take offense when someone tries to talk to them about actually eating healthy or dieting–even if we all know that being fat is NEVER healthy.

Being fat and being too skinny are both not equivalent to being healthy. As girls, I know we will always be too obsessed about weight. Yet I also think that saying skinny is ugly should be no more acceptable than saying fat is. It’s not really about the number–not the pounds nor the kilos. It all boils down to making consistent conscious decision in running a healthy lifestyle. By taking baby steps to positively change your well-being, you are on the healthy path to looking and feeling beautiful.

So, please, let’s just stop with the skinny vs. fat war and shift towards actually being “healthy” and “fit.”

Are you a fan of gel cleansers? I AM! But it make

Just in case you missed it, I talked about Manuka

LAST CHANCE TO EARN YOUR BONUSES from our Early Bi