They say to leave Santa some cookies and milk. I say–to my nephews–to leave me some White Chocolate Macadamia cookies and some golden milk!  What’s a ‘Golden Milk’ you may ask?

Since my unfortunate accident 2 months ago, I learned more about bone density loss and have been consciously upping my intake of milk for calcium. I stopped drinking coffee and turned into drinking more milk and tea in a day. 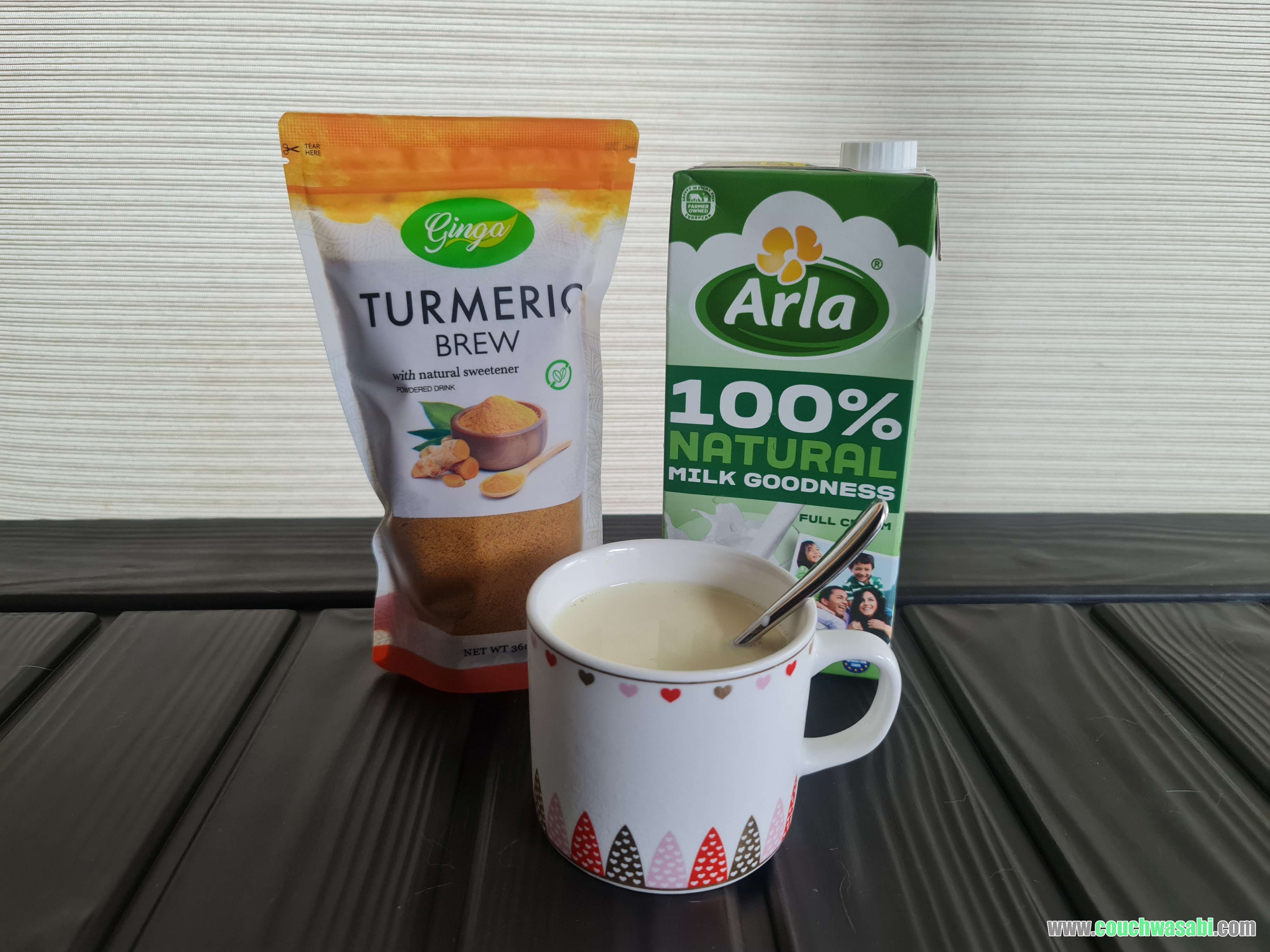 I recently accidentally discovered “Golden MIlk” while trying to finish all the half-opened packets of things in my pantry and saw my turmetic tea drink spilled all over. So since I have been drinking milk first thing in the morning, I thought of adding a teaspoon of my turmeric tea into my cup of milk–et voila! IT. WAS. DELICIOUS! Golden milk — also known as turmeric milk — is an Indian drink that has been gaining popularity in Western cultures. This bright yellow beverage is traditionally made by warming up cow’s or plant-based milk with turmeric and other spices, such as cinnamon and ginger.

I was so mindblown and thought to myself how come I’ve only thought of mixing them just now??! I thought I discovered something unique but a simple Google search told me that the “Golden Milk” has been long done by many. 🤔 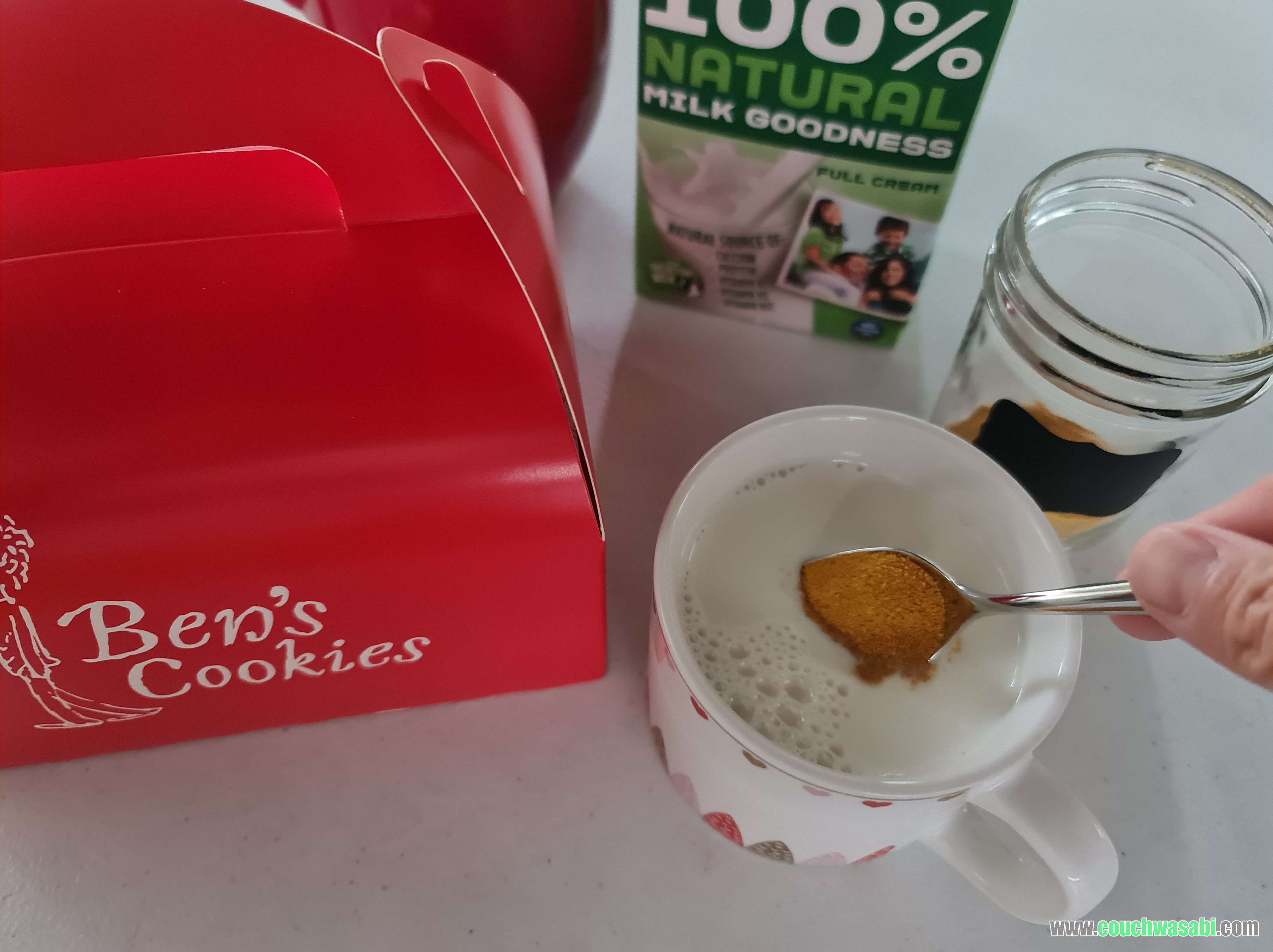 Traditionally, you’d have to warm the milk before adding Turmeric and you have the option to add spices like cinnamon and ginger. But what I do is I just add a teaspoon of Turmeric powder in my cold milk and drink it. I tried adding two teaspoons and it was still just as satisfying.

I might be a little late in the game but here are some of the benefits of consuming the Golden Milk or sometimes called as the Turmeric Latte: 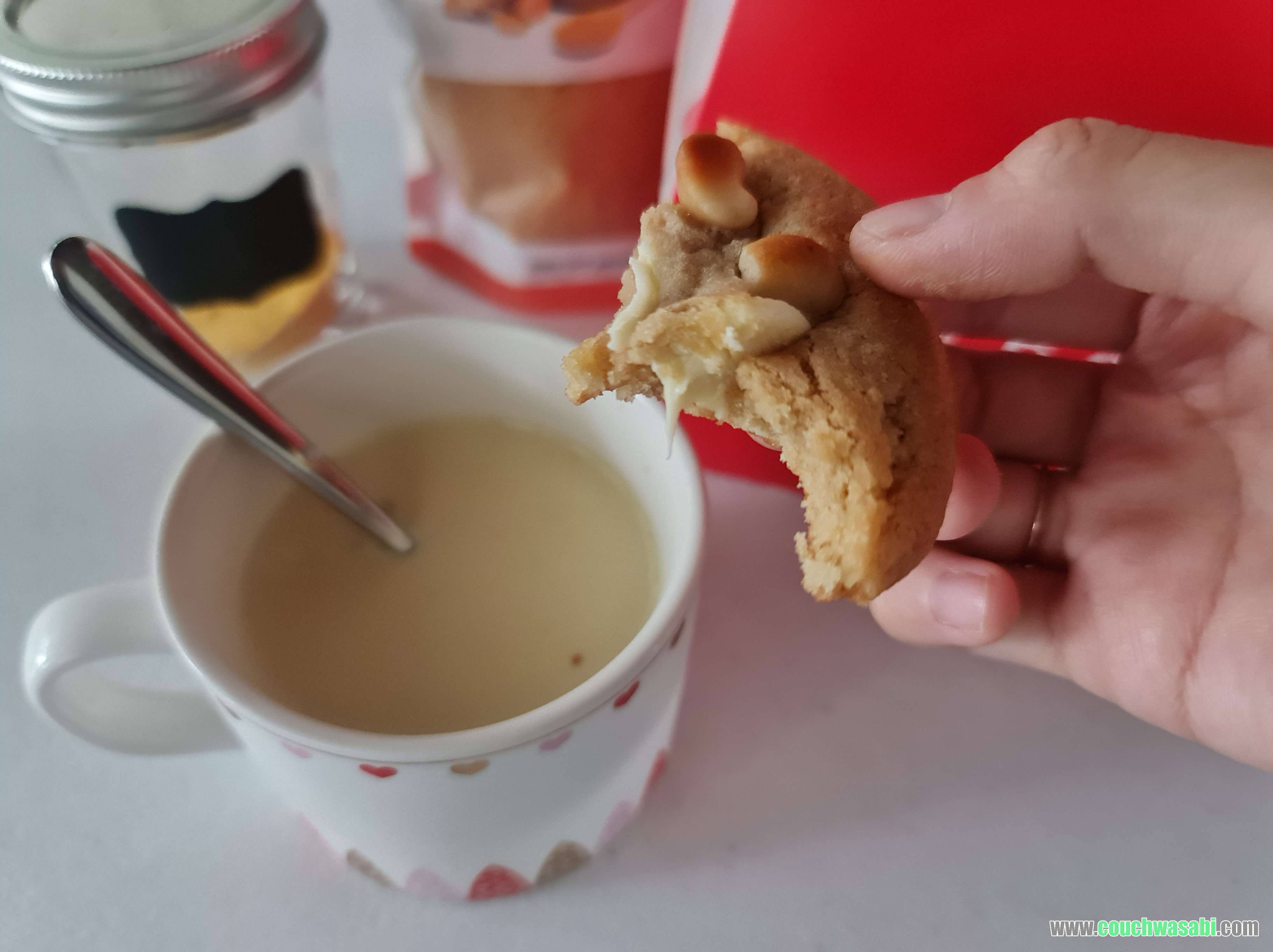 To make it a little more festive and season-appropriate, I ordered some cookies to pair it with. Ahh, simple pleasures. 😋

Have you ever tried drinking a cup of Golden Milk?

Join my latest Online Workshops by checking out my Patreon!