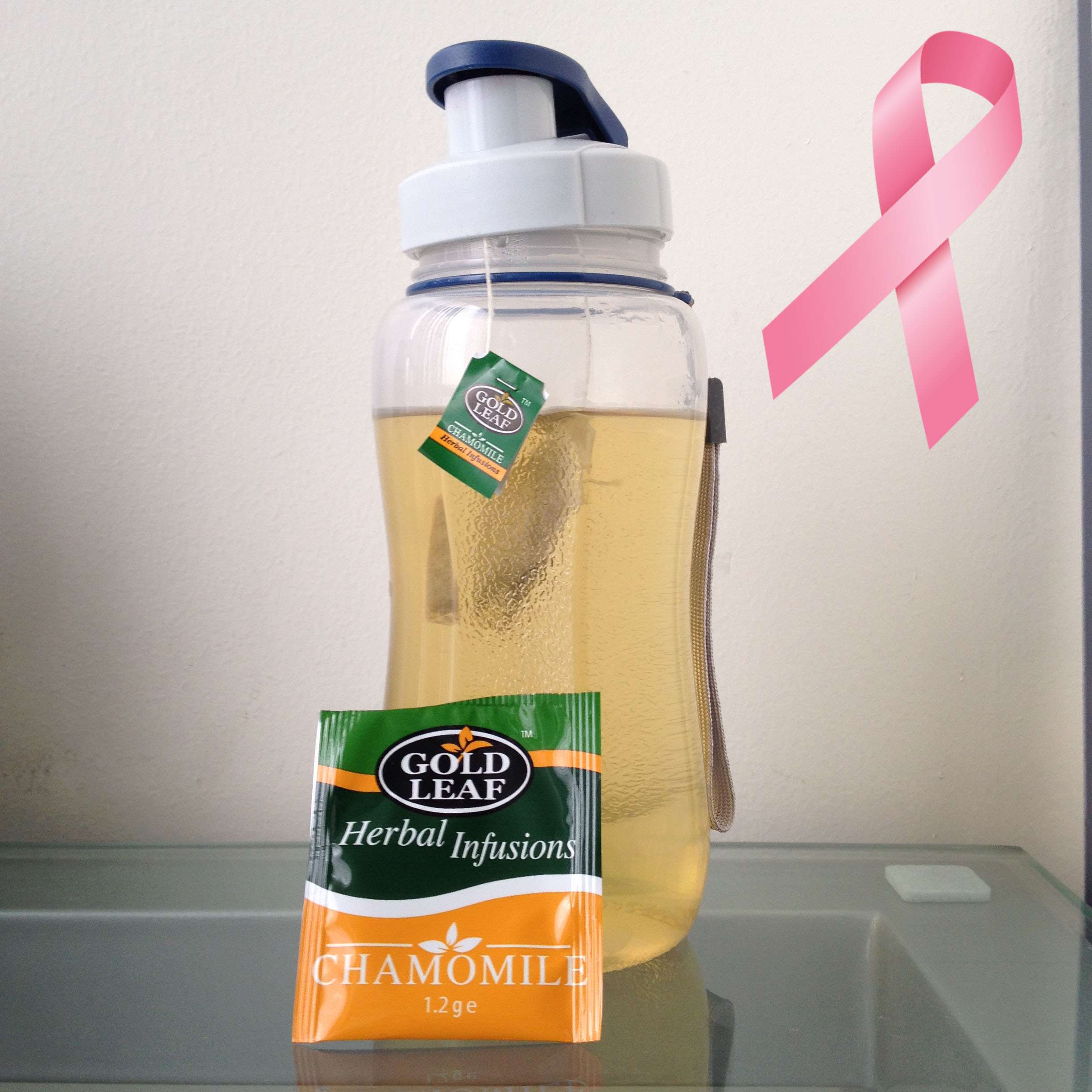 A recent study shows that a cup of chamomile tea could help ward off cancer. The tea contains the chemical apigenin, which takes away some of the ‘superpowers’ of cancer cells. Since October is breast cancer awareness month, I think it’s good for us to know more about the benefits of drinking chamomile tea.

According to an article from Dailymail UK, scientists from Ohio State University found that apigenin can inhibit the growth of breast cancer cells.  Apigenin acts as an anti-androgen that may also help prostate cancer patients. The chemical, which has also been shown to act as an anti-inflammatory, works in a way that suggests other nutrients could have similar effects in warding off cancer.

Another benefit that I am reaping from drinking chamomile tea is its healing benefits as chamomile is infused with great healing properties and anti-oxidants. Chamomile tea accelerates the healing process of minor wounds and also disinfects these wounds. As you know, I am still in the road to get rid of Pepper’s biting marks. Aside from applying scar serum, I think it’s good that chamomile tea helps reduce swelling and fight bacteria from within effectively.

Drinking chamomile tea has all these other benefits to aid digestion, menstrual cramps, diabetes or blood sugar control, hemorrhoid treatment, and more.

However, people taking blood thinners including Coumadin; and those people allergic to ragweed, celery, asters, and chrysanthemum should avoid chamomile. This also goes to pregnant and nursing women.

Today's video shares with you my 2cents on Yardsti

I got a few requests to send them postcards with w

In today's blog post, learn about the beauty of hy

I'm a girl of various hobbies. I move between inte

I've got 3 oils to compare side by side in today's

🔊SOUND ON 🔊to hear exactly how I feel about

In today's video, let me show you how to work your

Today, my rescued doggo reminded me to stop and sm

Don't forget to tune in today at 10am for my seaso