It’s my 6th time in Davao City. It’s officially my most visited place outside of Metro Manila (that would at least need a plane ride). I love Davao because it has a good balance of being a city and a rural area. Every trip I made to Davao is different. But what I do notice is that sinugba (grilled food) is a very common offering among local diners.

We were looking for a new place to dine and spotted BBQ Nation in SM Lanang. There weren’t much people as we were there during the first hour of mall opening. I wanted to have a good soup to start my day and some Filipino food. 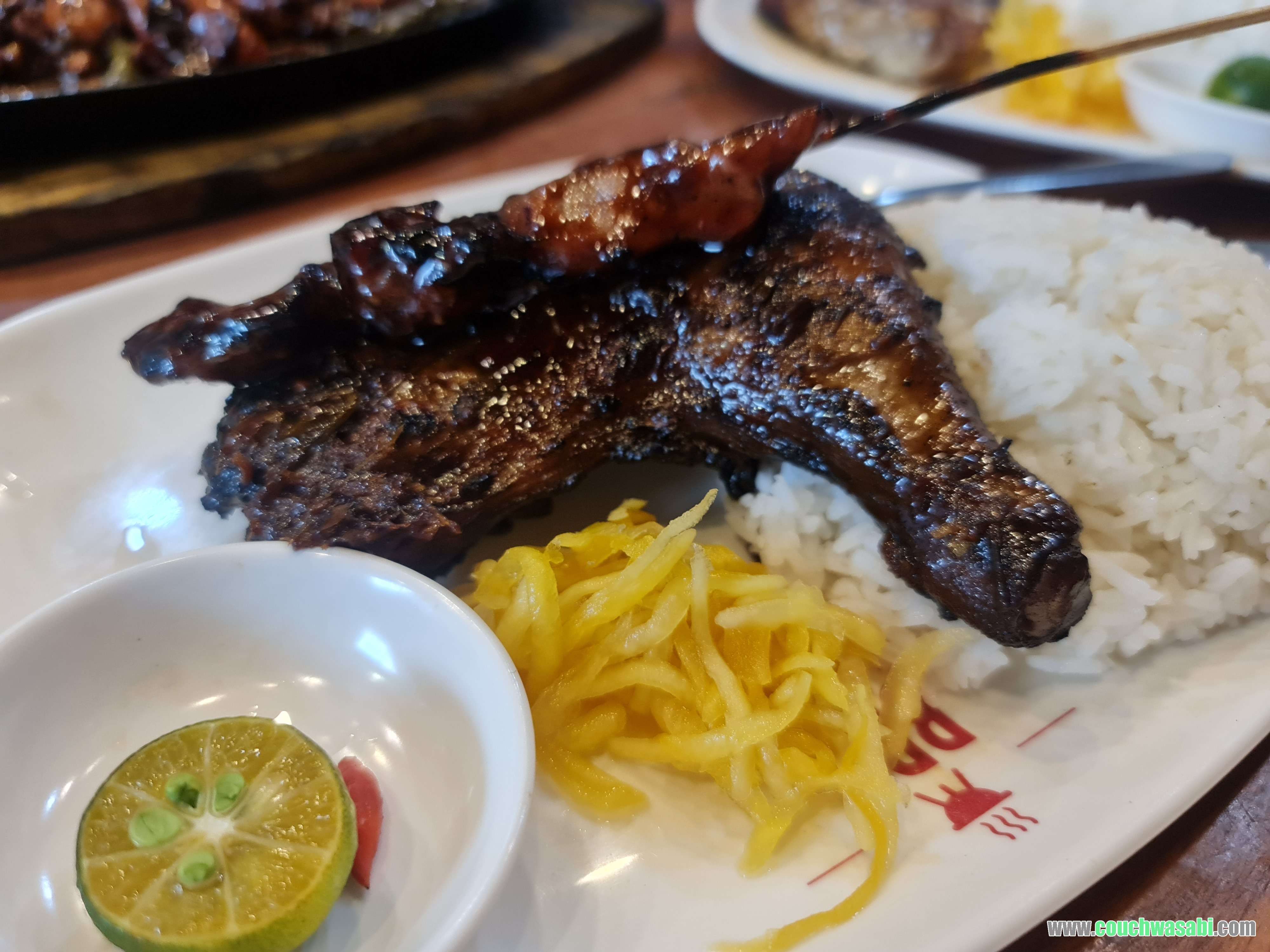 We ordered a couple of dishes. We started with this good old Chicken BBQ. There’s nothing special or fancy with this meal, just your good old straight up barbequed chicken. BBQ Nation promises no overly-charred meat but with the same smoke-grilled taste. 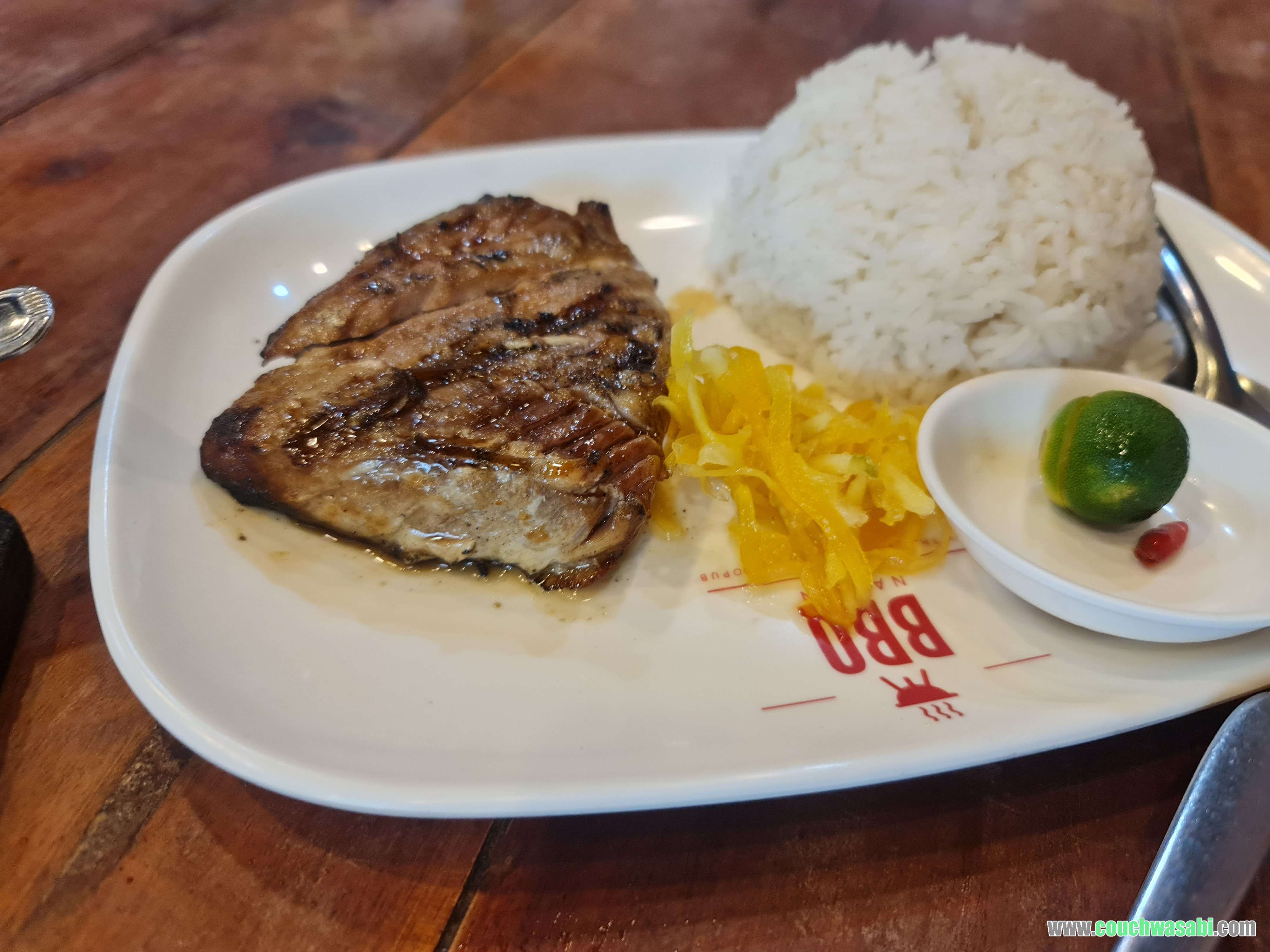 Next is this Grilled Tuna Belly. Tuna is one of the most common dishes in Davao. The tuna in this area is usually sourced from General Santos, a neighboring province that is known for its worldwide export of Tuna fishes.

The real reason I wanted to try BBQ Nation is this–Sizzling Baby Pusit (squid). I hated eating squid as a child because I disliked the way it tainted our teeth… but I eventually loved it, especially baby squid, because of its bite-sized goodness. 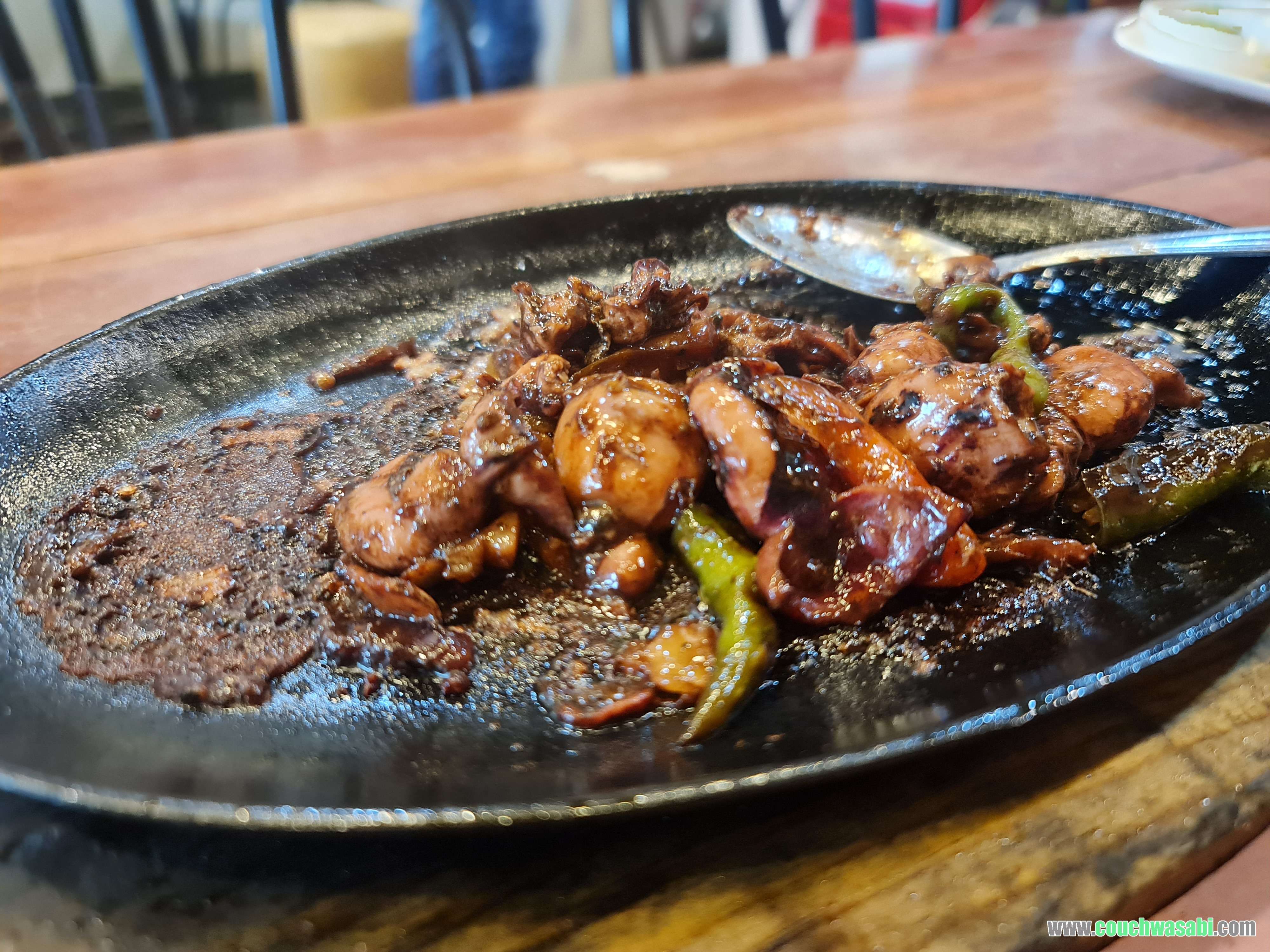 I loved this dish so much but the serving is ridiculously small. I think I only got about 5 pieces on my plate. There goes my Php169.00 😢 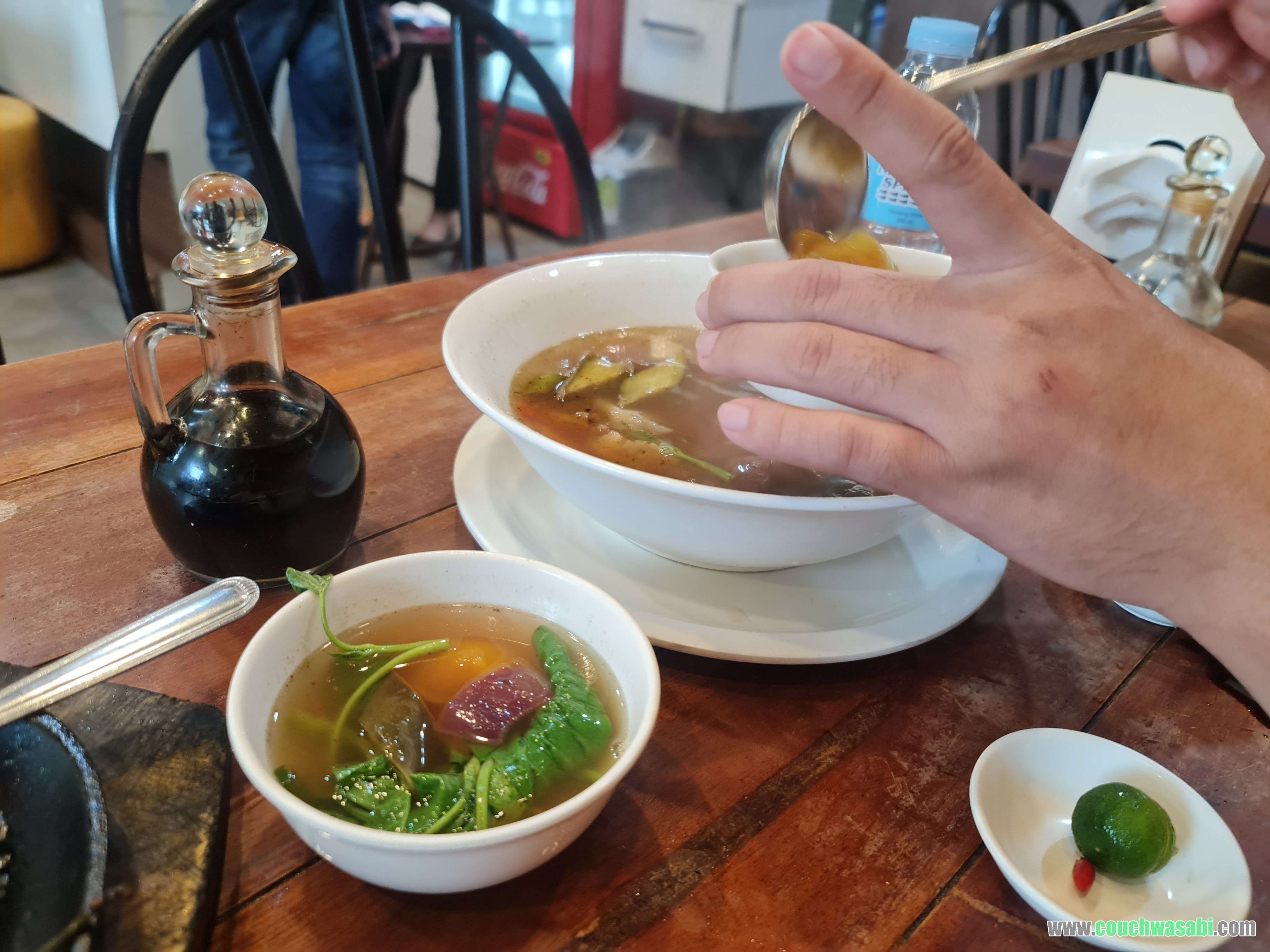 Another dish that I enjoyed from this restaurant was their Sinigang Bagnet–it’s your good old Sinigang soup (veggie broth with sour tamarind as its base) with a few tender pork bagnet pieces. It’s not entirely innovative, but I enjoyed it nevertheless. The good thing about having veggies in the province is that you can really taste the freshness of the vegetables in your meal as compared to the restaurants in Manila where they’re almost always overcooked.

Here’s a quick peek of their entire menu: 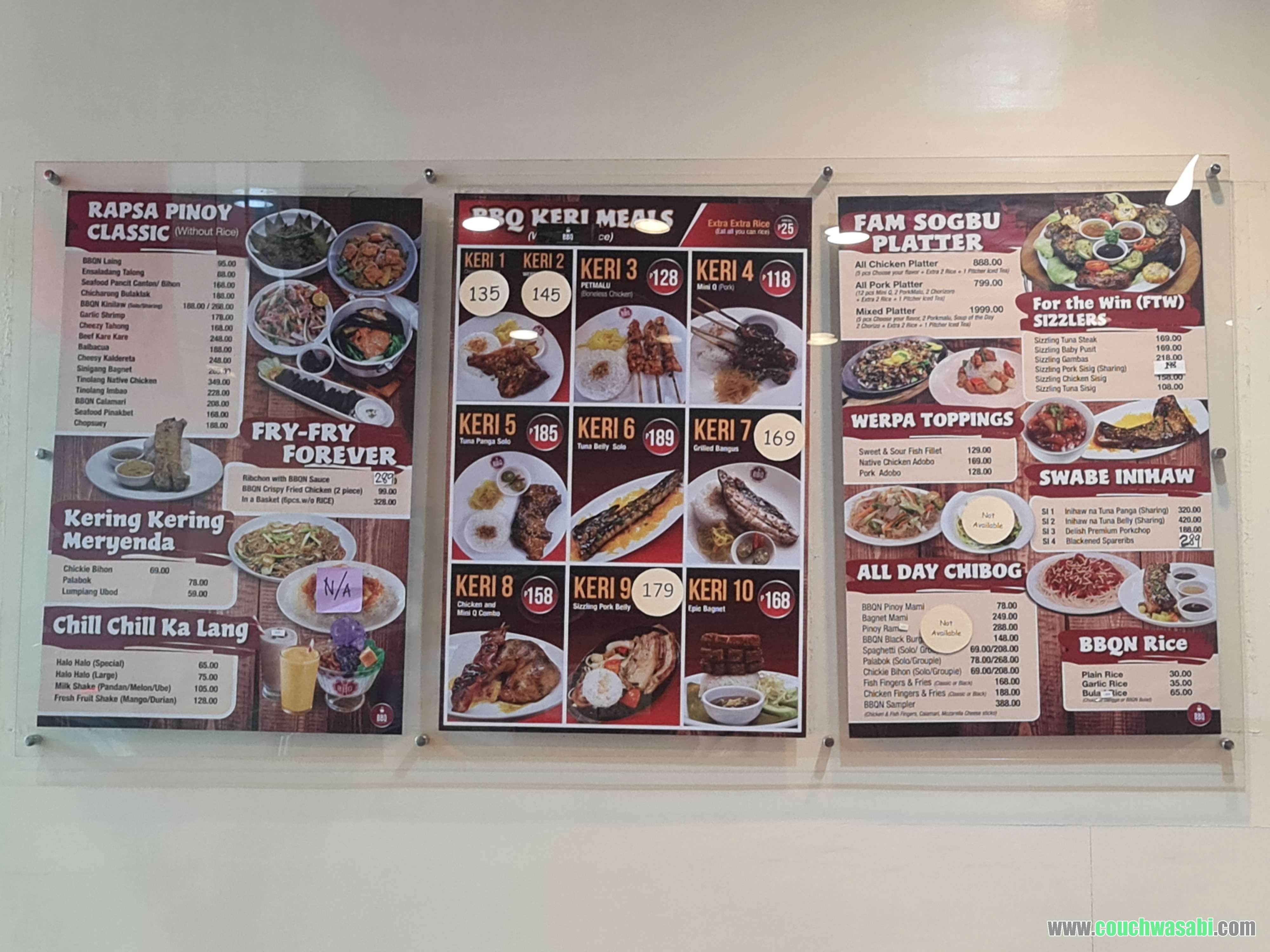 I think they have a good range of offer but I wasn’t just in the mood to pig out (I’ve already gained a few pounds from this trip!). But for the few dishes that we’ve tried, I’m happy it albeit the very modest serving size. 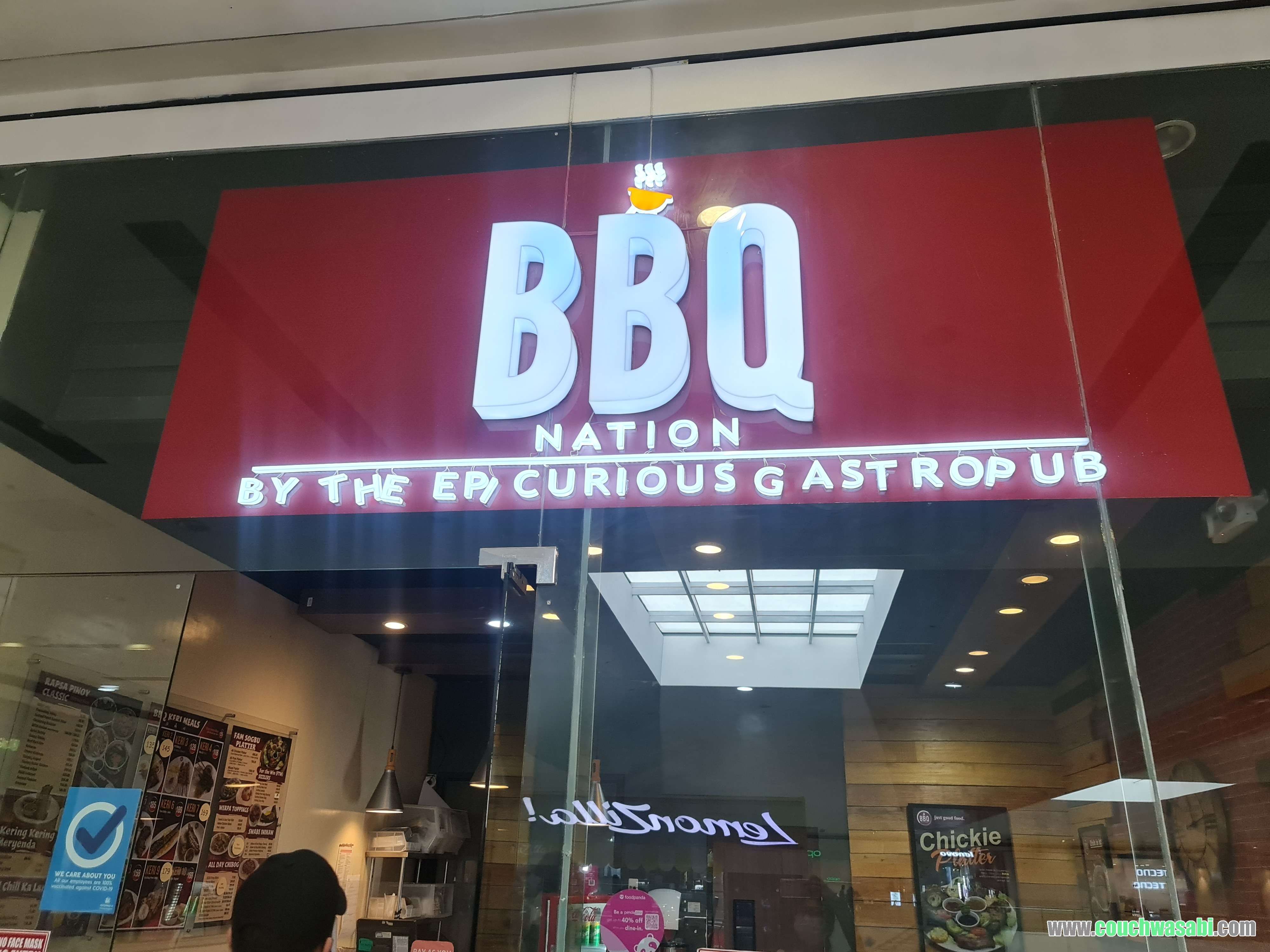 BBQ Nation by The Epicurious Gastropub is at the 3/F SM Lanang, Davao City.