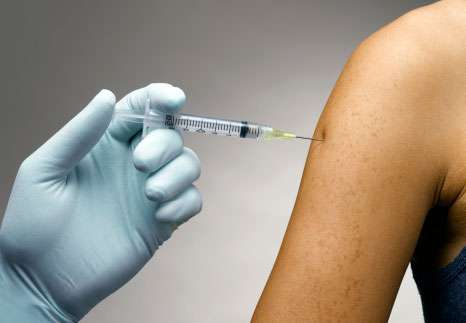 In 2008, one of the medical breakthroughs we’ve had is to actually have vaccines for cervical cancer. I think, to date, this is the first cancer to have a vaccine. Both GSK (Cervarix) and Merck (Gardasil) released their versions of HPV vaccine, with Gardasil being the better brand as it covers more HPV strains.

In the Philippines, the companies promote it to girls 16 and above. They even say men can have it since men can be carriers of the virus.

These HPV vaccines were a big hit in the Philippines. By 2009, companies started giving discounted vaccine rates to their employees as part of the company’s health benefits. In fact, I was one of the first batch of girls in P&G to ever complete the vaccine (I completed Gardasil shots).

However, just this morning, I have read this article from a Japanese newgroup:

In April, the Diet revised the Preventive Vaccination Law so that girls aged 14 to 18 could get the cervical vaccine shots for free.

But an advisory panel to the health ministry later urged that the government stop recommending vaccinations for cervical cancer after concluding the reported symptoms were likely being caused by the vaccines.

The ministry reportedly complied on June 15 by telling local governments to stop recommending that girls 12 to 16 get vaccinated with Cervarix or Gardasil in light of reports about chronically adverse reactions. The local governments, acting on behalf of the central government, had been telling teens to get the shots.

According to Dr. Sotaro Sato, who has examined many cervical vaccine victims, the convulsions, inability to walk, and involuntary hand and toe movements are being caused by encephalomyelitis, or the inflammation of the brain and spinal cord.

“Since the vaccines cause autoantibodies against the brain’s neuronal fibers to be produced in many cases, they have triggered demyelinating disorders,” he said, adding they have also induced many cases of cerebral vasculitis.

So far, I haven’t had any adverse reaction from completing the vaccine. But I guess it’s because I was already 25 when I had it. I guess 12 is too young to have it. I’m not sure. But I hope the pharmaceutical companies would look into this and be transparent with their medical research.